Gyptian Ft Lady LeShurr – All On Me (Diztortion) Remix

GYPTIAN TEAMS UP WITH DIZTORTION AND
LADY LESHURR ON "ALL ON ME” REMIX
Global Release Date: 6 November 2015 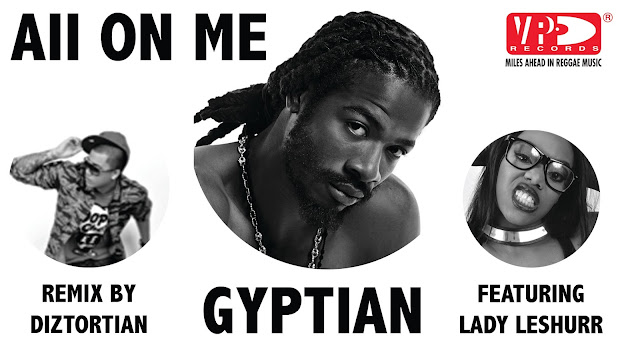 Dutch born record producer Diztortion, known for his hits with UK artists like Stylo G, Lethal Bizzle and Tinie Tempah, puts his spin on Gyptian’s current single “All On Me”.
The remix features Birmingham born UK grime artist, Lady Leshurr who has been influencing the International Hip Hop scene with her incredible talent, performing to thousands in sold out arenas and collaborating with/supporting some of the worlds biggest names (including award winning dance act Basement Jaxx, chart topper singer/producer Labrinth and hip hop icon, Snoop Dogg) she is current and sounding better than ever.
The original single, “All On Me” was released on VP Records.  The single is climbing the charts and spinning on Top 40, Urban and Rhythmic radio in the U.S. and UK.  The video received 3.5 millions view on World Star Hip Hop within the first week and is getting play on MTV Jams, MTV2 and VH1 Island Soul.  This summer, Gyptian has been singing the new single on the festival circuit non-stop, including the BET Xperience Festival in Los Angeles, Hot 97’s On Da Reggae Tip and Central Park SummerStage in NYC.  To promote the latter event, Gyptian also performed “All On Me” on FOX Good Day NY, the city’s most popular morning TV show following Good Morning America.  He has also been getting the single out to tastemaker crowds in as a special guest performer at Jamie XX’s intimate BoilerRoom event and DJ Funkmaster Flex's birthday bash in NYC. 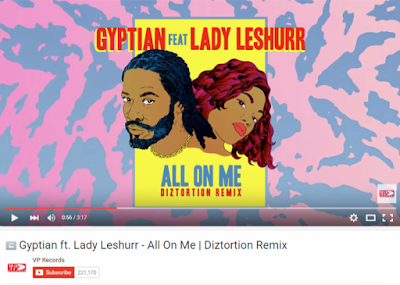 Listen to the remix here:
https://www.youtube.com/watch?v=F5Jt5oY1YQE