EEK-A-MOUSE Eek-Ology (Reggae Anthology – 2CD/DVD)
Release Dates: UK: Oct. 28th // GAS & RoE: Nov. 1st // FR: Nov. 4th
Eek-A-Mouse (born Ripton Joseph Hylton) was one of the most unique talents to emerge from the Jamaican reggae scene in the 1980s. The Mouse's inimitable vocal flow combines an unconventional melodic approach filled with rhythm and humor. His unmistakable half-singing, half-deejaying (rapping) style inspired the term "singjay".
Eek-Ology is a thoughtful selection of essential hits and rare gems from Eek-A-Mouse's extensive catalogue during the prime of his career. The anthology features early recordings like his 1979 breakthrough anthem Once a Virgin produced by Joe Gibbs, Modelling Behavior produced Linval Thompson and his string of '80s hits with producer Henry ‘Junjo’ Lawes (Virgin Girl, Wild Like a Tiger, For Hire and Removal, Do You Remember and Ganja Smuggling).  Fans can also be treated to a selection of rarities, including Eek-A-Mouse's earliest releases Creation, My Father's Land and No Wicked Can't Reign all making their CD debut.

Other highlights include a previously unreleased four-song BBC John Peel session from 1983, multiple 12" mixes and an epic DVD featuring his exquisite live stage performance at Jamaica's 1982 Sunsplash.
Check out the trailer:

Get your copy via iTunes here: http://smarturl.it/eekamouseanthology 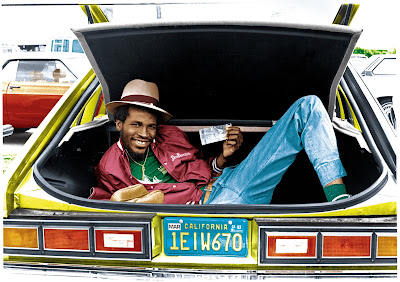 Please note this release will also be available on vinyl at the same date, except in France where it won't be available.

Side B
1. Rude Boys A Foreign
2. Taller Than King Kong
3. Tell Them
4. Neutron Bomb
5. For Hire & Removal
*Available for the first time