A new singing competition for unsigned singers aged 16 and over from around the world, is being launched to help showcase Jamaican ska, rocksteady and Reggae music of the 1960s, 1970s and 1980s.
It’s called “Reggae Rockers”, and contestants can enter this global competition by uploading their entry to youtube.com/reggaerockersja. They can sing alone, with a partner or use musical instruments.

Between now and next month, judges will select the online contestants who will go through to the preliminary rounds that will be broadcast on radio from May to October. Beginning in May, listeners can vote for their preferred contestant and the finals are to be broadcast on television in October. Grammy award-winning hit maker and producer Sly Dunbar will be one of the judges, however, the audience will make the final decision as to who wins Jamaica’s first vintage reggae music competition.

The contestant with the most votes will win the Reggae Rockers’ crown and an opportunity to remix a vintage tune with one of Jamaica’s legendary music producers. Undoubtedly it will help to showcase new artistes while paying tribute to our musical icons. 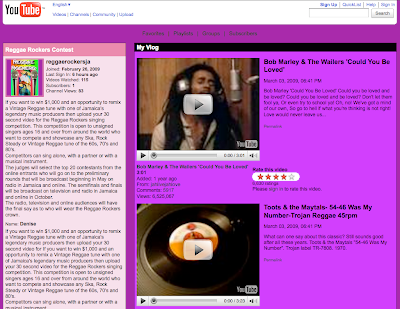